We Can Be Our Many Selves 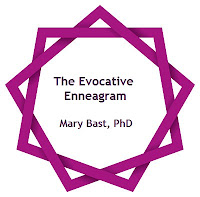 After thirty years as an Enneagram author and coach, my awareness of the Enneagram's meaning and purpose has shifted substantially, triggered by my own experience and by clients' transformational efforts.

I'm concerned that we've all contributed to identifying exclusively with a "number" or "point," with countless enthusiasts losing sight of the Enneagram's intended spiritual purpose.

Russ Hudson has said, "The Enneagram doesn't put us in a box. It shows us the box we're in and how to get out of it " His conversation with A.H. Almaas in the video "The Transformational Power of the Enneagram" speaks to this, as does Vivianna Trucco's interview with Michael Goldberg, "The Lines are the Basic Building Blocks of the Enneagram, Not the Points."

An Enneagram line is an archetype, a collection of themes . . . meant to be engaged, participated in, wrestled with . . . the enneagram number . . . remains part of a line, part of an ongoing story . . . We have choices. We can be our many selves. Our lives have meaning because we are consciously living a dynamic story . . . When someone becomes fixated, stuck, the storytelling stops. We pretend that the line does not exist for us, only our "point." there is no living story, just a stagnant point of view. Only one end of the archetype is heard from, only one part of the discussion is allowed a voice. This is the fixation.

The work of the enneagram is to bring the story back to life . . .Working to "evolve" your fixation is, in an American idiom, like putting make-up on a corpse . . . Evolving within your point is the fantasy of the Ego. This is why they are called "ego fixations . . ."  The real work with the enneagram is undermining/deconstructing the fixation, not building it up, not "evolving" it. And the way that you do that is flesh out the forgotten story, so as to avoid being stuck on automatic."

Among the initial influences that far too few people are aware of, William Patrick Patterson studied with Lord John Pentland, appointed by Gurdjieff to head his Work in America. In the Prologue to his spiritual autobiography Eating the "I," Patterson writes:

"What I have tried to depict here is what it is like to voluntarily and intentionally undergo the unorthodox and uncompromising spiritual discipline of The Fourth Way. It is written as narrative because that is how I view it--as story. The account necessarily is personal, the perspective is not. The story is the outer trapping. Deeper is an introduction to an ancient teaching of self-transformation bridled and supported within its nine-chapter architecture."

Surely everyone learning about the Enneagram has at least heard the name "Gurdjieff," but I suspect very few are familiar with his works in detail, and may find it easier--as I did--to learn about it through Patterson's experiences and growing understanding:

"The idea that really grabbed me was that each person has no real individual I but is made up of many 'I's . . . Gurdjieff said everything was not to be believed but to be verified by one's own observed experience. To verify one had to first self-remember . . . dividing the attention between body and mind, inner and outer. One part of the attention experiences the body, while the other is aware of the mind and its impressions. This creates a kind of 'double attention.' (p. 17, Eating the "I")

In Patterson's book, Taking with the Left Hand (p. 10) he says Gurdjieff knew that counter currents could deflect from the sacred teaching's original impulse, and details the "anticipated deflections and distortions" of "the Enneagram craze," in which Ennea-typers "have stripped the enneagram, a principal symbol of the Fourth Way, from Gurdjieff's teaching and used it as a secular personality tool."

My point in quoting the above sources is not to discredit any Enneagram authors or teachers but to share that I'm not alone in my concerns about overemphasizing the nine personality "types" and losing the Enneagram's spiritual wholeness, and many others are now offering suggestions for a more wholistic focus. In "Praise for Keys to the Enneagram" Jessica Dibb writes about the "growing realization among some of us who teach the Enneagram for awakening that the transformational power of working with all nine fixations and journeying on all nine paths of essential qualities is paramount."

In Keys to the Enneagram: How to Unlock the Highest Potential of Every Personality Type), A.H. Almaas writes:

"Even though one type will dominate as we begin studying ourselves using the tool of the Enneagram, all the fixations are present in every ego. . . if we are genuinely interested in spiritual learning and liberation though the Enneagram, we need to study all the fixations--their cores and their shells--as they manifest in our lives."

To open your thinking about this, I encourage experimenting with different ways to refer to fixations instead of types. In the October session of the 11-month experiential approach to Keys to the Enneagram, Russ Hudson and Sandra Maitri are modelling this. In the October session on point Six, for example, instead of denoting someone as "a 6," Russ referred to "the Six part of us" and Sandra spoke of "the Six sector of our own personality."
My Enneagram writings have always focused on stories, and that's what I hope to add to this discussion.  Over the coming months I'll be meditating about my own and clients' stories collected over the years that reflect, in Michael Goldberg's words, what "undermining and deconstructing the fixation" might look like, illuminated by my inspirations from the Keys to the Enneagram course.
Posted by Mary Bast at 2:29 AM